Get your drumming into pole position…

… just like Christian Horner, Team Principal of Red Bull Racing Formula One team. One of Gary’s high-profile students, Christian turned to Gary when he wanted to fine-tune his drumming skills.

And Gary is giving him new wings. 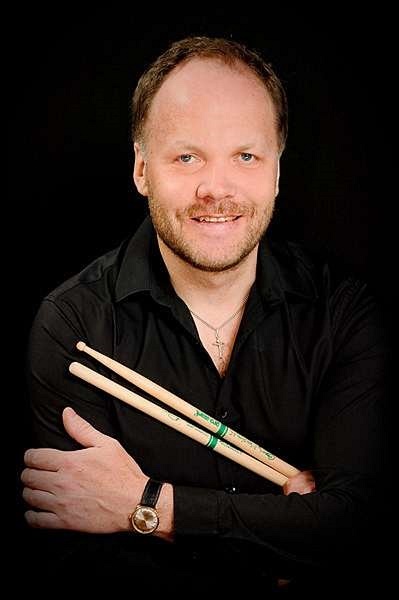 Gary can do the same for you.

Contact Gary for your FREE introductory drum lesson. Or to hire him for your recording session, live gig or for a drum workshop.

Gary began his professional career — as a performer and an educator — in 1989.

Drums were a passion from his early childhood… He received his first full drum kit, aged 15, to prevent any further wear and tear on the arm rests of his mother’s precious sofa! And drumming went on to become Gary’s sole lifetime occupation.

Drumming has taken Gary throughout Europe to perform. He has played at some extraordinarily memorable gigs — such as events hosted by the Renault Formula One team — and at the stunning Blenheim Palace. Gary performs at drum clinics and promotional sessions for The Zildjian Cymbal Company: he is proud that this world-famous manufacturer has endorsed him since 1994. He also enjoys a long-standing relationship with Sonor Drums. Gary’s performing highlights include working with members of the Royal Philharmonic Orchestra, and at a family event for Ringo Starr. 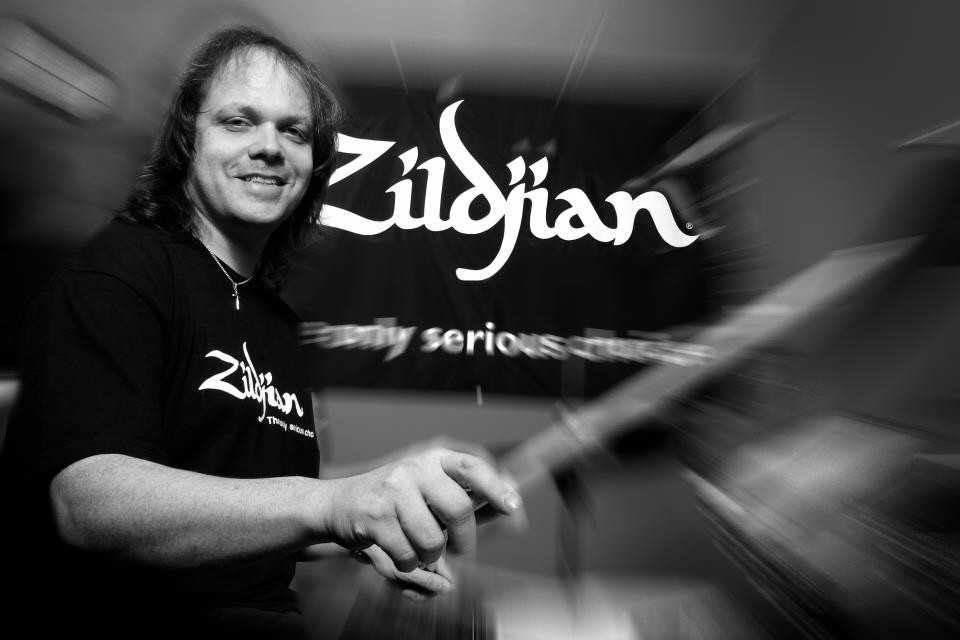 Gary’s students have included racing drivers, surgeons, artists, chefs, journalists, accountants, as well as countless students at school and university. While many enjoy drumming just for fun, some have gained entry into institutions such as the Bristol Institute of Modern Music, and the Academy of Contemporary Music. Others have played at Fairport’s Cropredy Convention and the Cornbury Festival (both held annually in Oxfordshire). And, in 2000, one of Gary’s students reached the first-ever national final of Young Drummer Of The Year — the last 12 of more than 400 entrants.

Whenever possible, Gary will invite a professional musician to join a group of his students at a master class… where he will join his guest in giving demonstrations, and ask them to talk about their life behind the drum kit. For example, world-renowned performers such as Dave Mattacks (Paul McCartney / George Harrison / Elton John / XTC / Jethro Tull / Fairport Convention, etc.) Mark Mondesir (Bryan Ferry / Courtney Pine / Ian Anderson of Jethro Tull), Steve White (Paul Weller / The Who / Oasis), and Neal Wilkinson (Paul McCartney / Van Morrison / Joan Armatrading / James Morrison) have shared their invaluable expertise. Inspiring stuff for wannabe drummers…

One of Gary’s current students is Christian Horner, Team Principal of the Red Bull Racing Formula One team. Christian, among so many of Gary’s students, certainly endorses Gary’s maxim: that — whoever you are, and whatever you set out to do — it’s Fun When You Drum!

Gary can give you drumming lessons at:

At his North Oxfordshire studio, Gary is fully equipped with all the things that you will need for lessons, courtesy of some of the world’s most prestigious percussion companies. He has written his own syllabus for learning, and has produced a drum tuition DVD in conjunction with drummer Paul Francis (Bill Wyman / Jack Bruce / Steve Harley / Albert Lee).

If you already have your own drums, it’s perfectly reasonable that you might want your lessons to be on your kit. Absolutely! Why not? Gary will be pleased to visit you at your kit’s location — please discuss this with him.

Wherever Gary teaches you, your lessons will cover everything you need to learn, in order for you to become a proficient drummer. Whether for fun, for relaxation, to neutralise stress, or to perform to an audience.

It’s well documented that drumming can enhance your well-being — by improving your circulation, and by lowering your blood pressure. Drumming is very beneficial for the heart: every time you drum, you are giving your four limbs a healthy workout.

Gary teaches any age, stage or style — from absolute beginners to established professionals. As a drummer, you never stop learning and developing. But you will always have fun when you drum!

Know anyone who would enjoy some drum lessons? Why not give them Fun When You Drum! lesson vouchers?

A creative and inspired gift — whatever the occasion!

Gary’s Fun When You Drum! workshops are ideal for everyone… absolutely no musical knowledge nor experience is necessary.

Whether your workplace is looking for an intriguing out-of-office team-building away day; or whether your social group or organisation fancies a creative — and fun — day out… come and be a percussionist for a couple of hours. Or for half a day. Or even for a whole day!

Think you don’t have a musical bone in your body? Gary will be delighted to prove you wrong. Whether you’re five or 105! You’ll be amazed at how quickly you’ll find one!

Gary will provide an assortment of quality instruments, and will teach you how to apply tempo, rhythm, control and dynamics as you’re playing them.

Everyone in your group will develop their own creativity.

So book yours now!

I’m looking forward to a professional music performance degree course at one of Europe’s finest music academies. So much of how far I’ve come is down to Gary’s dedication, approach, determination and pure enthusiasm for the instrument. Without Gary’s guidance, I would not have experienced music in the variety of ways that I have. He is a privilege to work with — and, undoubtedly, one of the best drummers in the UK.

Gary is a good, solid teacher who knows what he’s doing.

Thank you very much for the time you spent with our children recently. Everyone I have spoken to thoroughly enjoyed the sessions and said that the pupils found it very stimulating.

Gary is a natural teacher. Patient, encouraging, inspiring, friendly, and professional. When teaching our young son — and when teaching me — he has instilled a love of drumming in us both. We truly have fun when we drum!

Listen to this man — Gary knows what he’s talking about.

Tom played brilliantly on Speech Day at School. What a credit to your wonderful teaching.

You are an inspiration! I have been practising my rudiments today — honestly!

Thanks for the workshop last Saturday. It was ace — and it goes without saying that you’re a great teacher.

Thanks for a great recording session. I really enjoyed your playing, and your drum sound — it was very nice working with you.

Gary, your students are in safe hands studying with you.

Your encouragement, excellent tuition, and band playing have helped Philip to come out of his shell — and have far more fun. Thanks so much!

It’s the best name in the business — Fun When You Drum! Says it all, doesn’t it? Proud to have you as an endorsee, Gary.